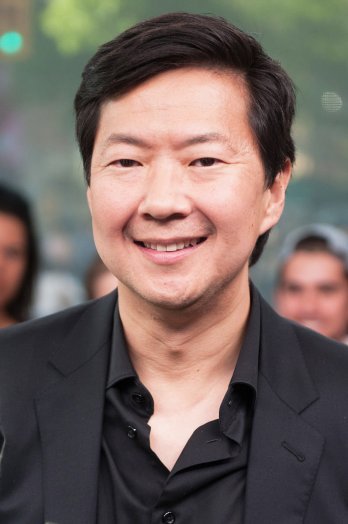 Kendrick Kang-Joh Jeong (born July 13, 1969) is a Korean-American comedian and actor. He did theater and stand-up comedy while in medical school — he is in fact a licensed, albeit non-practicing, physician — which led to several television appearances on shows including Two and a Half Men and The Office (US). His film debut was in Judd Apatow's Knocked Up. Since then he's had a number of recognizable roles, such as Chang on Community and Mr. Chow in the The Hangover trilogy.
Advertisement:

In 2015 he wrote, produced, and starred in Dr. Ken, and in 2019, he released his first comedy special, You Complete Me, Ho, on Netflix. He's also been a judge on The Masked Singer since its inception.