Western Animation / Over the Moon 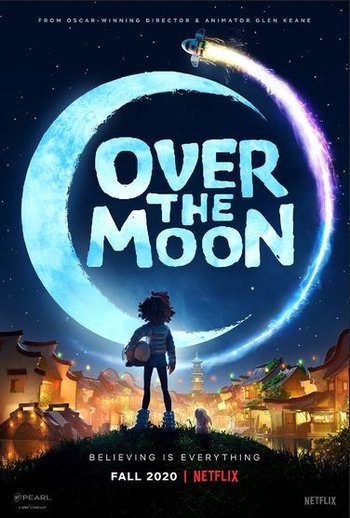 Over the Moon is a 2020 animated musical film on Netflix, featuring Glen Keane in his directoral debut, animated by Sony Pictures Imageworks, and produced by Pearl Studio (Abominable).

Set in modern-day China, as a little girl, Fei Fei (Cathy Ang) was told the tragic love story of the goddess Chang'e (Phillipa Soo) and the archer Houyi by her mother, and how the lovers were separated when the potion that the goddess had consumed trapped her on the moon. Years after her mother's passing, Fei Fei is determined to build a rocket ship to fly to the moon and find Chang'e... but her destination isn't quite what she was expecting.