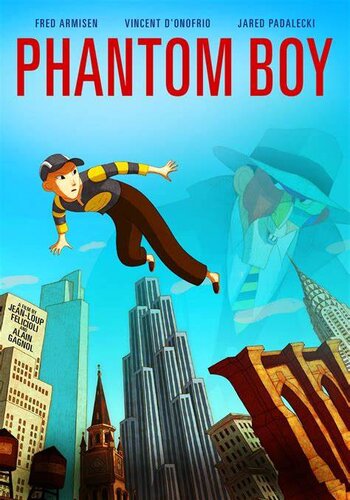 New York City is facing a new threat. A mysterious criminal mastermind with a ridiculously scarred face is threatening to destroy the city's infrastructure with a computer virus that's been let into its network. He will only relent if he's paid one billion dollars.

Who can save the city? Unbelievably, the city's best hope comes not from the most awesome Cowboy Cop the city can employ. Nope, it comes from, get this, wheelchair-bound police Lieutenant Alex Tanner (Edouard Baer/Jared Padalecki) and young Leo (Gaspard Gagnol/Marcus D'Angelo), a young boy with cancer who has the ability to leave his body at will. These two will have to work together to save the city from catastrophe.