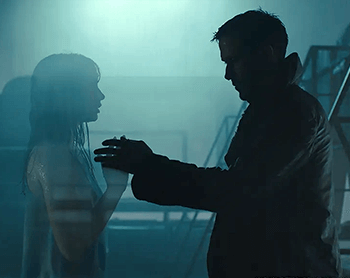 "What's it like to hold the hand of someone you love?"
"I may be a deadman, but I'm cursed with memories of the real world! I miss feeling the rain on my face [...] feeling what it's like to eat... to have the juice of a steak trickle down my throat like good wine!"
— Deadman, Strange Tales #214
Advertisement:

This trope describes when Intangibility is used to emphasize a character's alienation or separation from others.

Some reasons for the intangibility may be:

The most ancient form of this trope is when a ghost is unable to hug or kiss their living loved ones even after being reunited, a fantastic symbol for loss. This form of the trope dates back to the ancient Greek works of Classical Mythology, which were imitated by their Roman counterparts. Today, it can also be used in sci-fi stories or superhero fiction that feature people given fantastical abilities like Intangibility. In those stories, an example of Tragic Intangibility may have less to do with death than with a character's sense of social isolation.

Related to Sense Loss Sadness, Kiss Me, I'm Virtual, Supernatural Angst, You Can See Me?, and often connected with tropes from the Haunted Index. Happy stories dealing with this trope generally end with a First Time Feeling scene. It is a sad, but not uncommon element in stories that go To Hell and Back. See also Separated by the Wall and Window Love, where more literal barriers are used to show a character's alienation. Can fall under Personality Powers if the character is distant and unsociable.