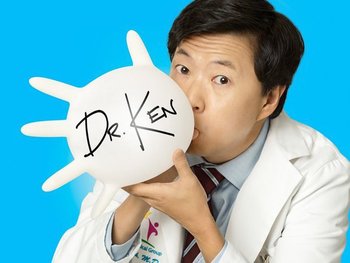 Dr. Ken Park is a physician trying to balance his work and home life, complicated by the fact that he considers his patients to be idiots, his coworkers to be annoying, and because he's terrified of his children growing up.