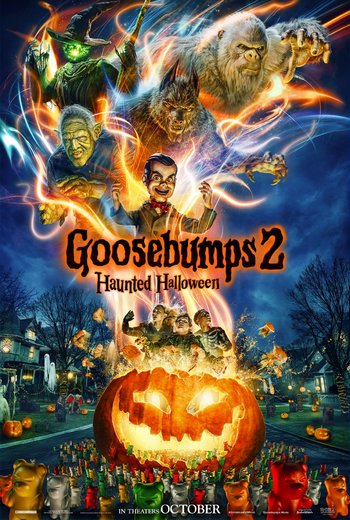 Viewer Beware, You're In For Another Scare...
Sarah: You discovered a walking, talking dummy... and you didn't tell me?
Sonny: Okay, well, he seemed like a really nice guy at the start.
Advertisement:

When two kids, Sonny Quinn (Taylor) and Sam Carter (Harris) end up uncovering a secret book, "Haunted Halloween", from R.L. Stine's long-abandoned house, curiosity causes them to unlock it. This ends up releasing all of the monsters that R.L. Stine wrote about, so they, along with Sonny's older sister, Sarah (Iseman), must work together to return the monsters back to fiction and save their neighbourhood.