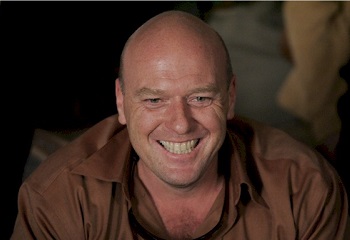 Norris has been acting mostly in supporting roles for most of his career, often in some sort of law enforcement role. His biggest role to date has been Hank from Breaking Bad, which has earned him critical acclaim.