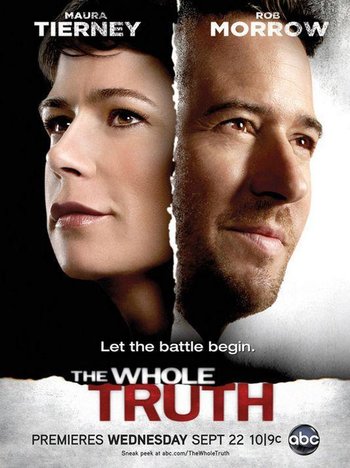 Short-running (13 episodes in 2010) legal drama series on ABC, starring Rob Morrow and Maura Tierney. It deals with all aspects of the justice system — prosecution, defense and trial. At the end of each episode, it's revealed whether the suspect was innocent or guilty.