Film / The Book of Henry 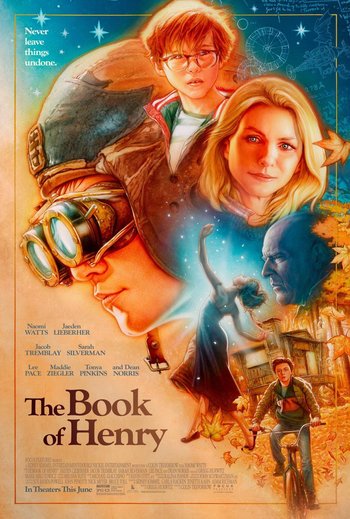 The Book of Henry is a 2017 drama film directed by Colin Trevorrow.

Henry Carpenter (Jaeden Lieberher) is an eleven year-old boy genius, living with and managing the finances of his mother Susan (Naomi Watts) and his younger brother Peter (Jacob Tremblay). Becoming suspicious of the next door neighbor Glenn (Dean Norris), Henry discovers that his classmate Christina (Maddie Ziegler) is being abused by her stepfather. Impeded at every legal avenue, Henry hatches a plan to rescue Christina and punish his neighbor, but circumstances emerge to result in his inexperienced mother having to carry out the plot.

The Book of Henry contains examples of: