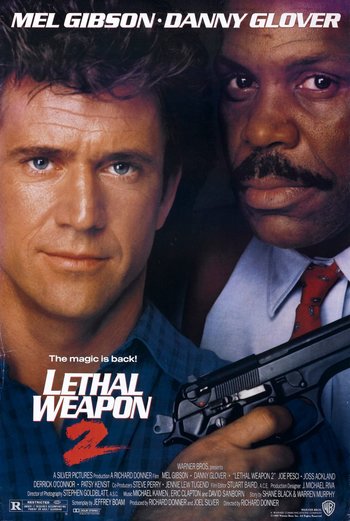 Riggs and Murtaugh received a comedy sidekick played by Joe Pesci as a witness and insider to the new bad guys. The Big Bad of the movie was Arjen Rudd, a South African diplomat using diplomatic immunity to hide his large-scale drug smuggling activities.