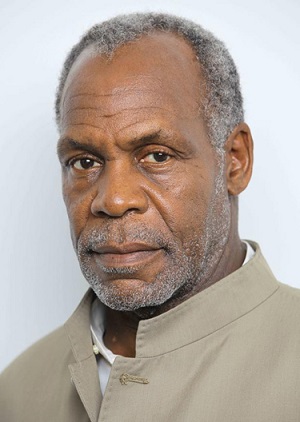 He is arguably most famous for his role as Detective Sergeant Roger Murtaugh in the Lethal Weapon series of movies. He has acting credits in over 100 different movies and TV series going back to 1979. He has been nominated four times for a Primetime Emmy award for acting, and is a six-time winner of the NAACP's Image award for acting. Glover has also directed films of his own, and is involved in a number of humanitarian and political causes.

Since Glover's filmography is so large, the only works of his listed are the ones with pages on This Very Wiki. If you want the full list, you can find it at IMDB

He is not related to Donald Glover (or John Glover, or Bruce Glover and his son Crispin, for that matter).