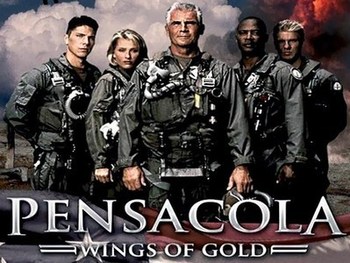 Season one was an otherwise average show about a group of Marine Corps aviators led by Lt Col Kelly, who take on a variety of special missions, some of them involving air operations, and others involving ground ops. The justification for using them, being that "every Marine is a rifleman" was extended further to imply that every Marine is as good as the actual infantry at ground combat tactics. This led to the show becoming basically a live action clone of G.I. Joe: A Real American Hero.

However, by season two, the show completely retooled itself into one about Marine fighter pilot trainees, featuring a completely new cast of characters, with only the Lt Col Kelly character, returning as the training squadron's commander. The action was toned down in favor of more dramatic storylines about various situations that the pilot trainees got into, in and out of their training program.

The third season, picks up a few years after the trainee pilots of the previous season graduated and deployed with active duty fighter squadrons. Lt Col Kelly is now given command of a composite squadron called a Marine Expeditionary Unit Air Combat Element. This squadron has fighters, transport helicopters and helicopter gunships operating together, and in a more intertwined role with infantrymen. This requires the squadron to train extensively before they can deploy. And three of his former fighter pilot trainees are now assigned to this squadron under him - necessitating them to be under his tutelage again! It therefore continues the second season trend of focusing on the pilots training missions and their off duty lives.

Tropes found in this show are