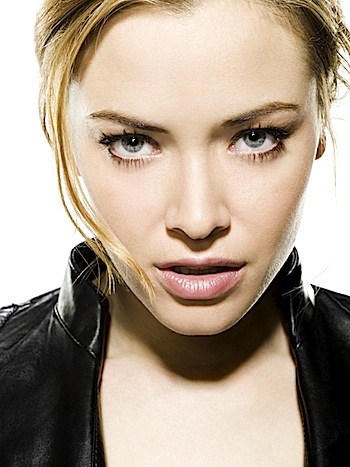 Kristanna Sommer Loken (born October 8, 1979 in Ghent, New York) is an American actress of German and Norwegian descent, born on October 8, 1979, known for her film and television work and as a fashion model. She is known for her performances in Terminator 3: Rise of the Machines, BloodRayne, Painkiller Jane, Mercenaries, and The L Word. She is openly bisexual and is divorced from actor Noah Danby. Loken gave birth to a son she named Thor in 2016 with her then-boyfriend, Jonathan Bates.