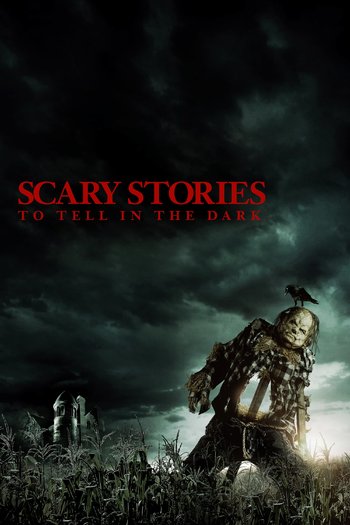 Scary Stories to Tell in the Dark is a 2019 horror film directed by André Øvredal (The Autopsy of Jane Doe, The Troll Hunter) and written by Dan & Kevin Hageman (The LEGO Movie), based on the series of children's' books by Alvin Schwartz & Stephen Gammell of the same name. Guillermo del Toro, who co-produced the film, also conceived the story.

The film follows a group of teenagers — Stella, Chuck, Auggie and Ramon — who take it upon themselves to solve a mystery of gruesome murders that have been happening in their small town.

In 2020 it was officially announced that a sequel is in development. While Del Toro, the original film's writers, and most of the cast (such as Colletti, Garza, Ganzhorn and Norris) have been confirmed to be returning, it is unclear if Øvredal will direct.

Scary Stories to Tell in the Dark contains examples of:

Alternative Title(s): Scary Stories To Tell In The Dark