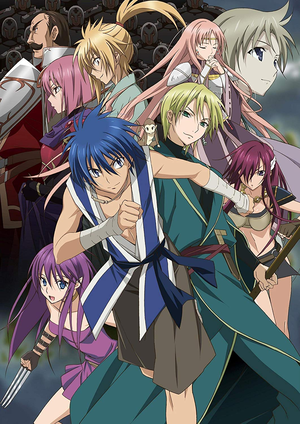 World War Blue, also known as Aoi Sekai no Chūshin de, is a parody of the Console Wars between Nintendo and Sega in their early era, originally created by Anastasia Shestakova with art by Crimson

. The manga has been licensed in the US by Seven Seas Entertainment, and an anime adaptation by 5th Avenue, directed by High School Dx D director Tetsuya Yanagisawa, is licensed by Media Blasters and streaming on Crunchyroll