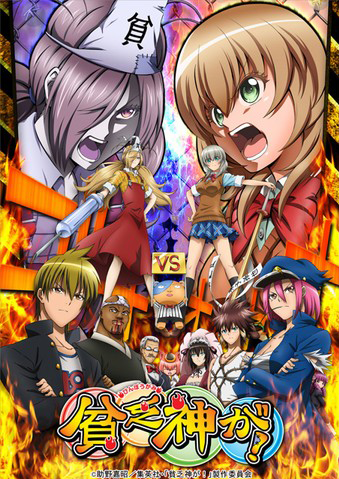 Good Luck Girl (JP: Binbougami ga! note lit. "You Poverty God!") is a comedy manga written and illustrated by Yoshiaki Sukeno for Jump Square, which was serialized from June 4, 2008 to July 4, 2013 and compiled into 16 volumes. It received an Animated Adaptation by Sunrise (with direction by Yoichi Fujita, the same one behind Gintama, and musical score by Masashi Hamauzu of Final Fantasy X and XIII fame) as part of the Summer 2012 Anime lineup. Funimation is currently streaming episodes of the series on its website