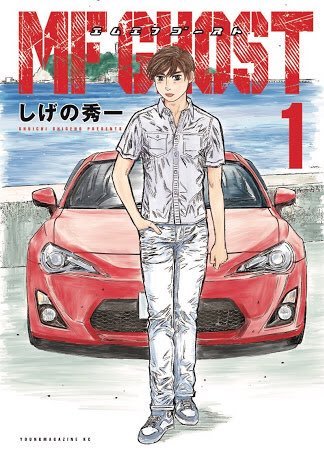 In the year 202X, traditional combustion engine based cars have been almost completely replaced by electric self-driving cars in the Western world and are becoming a rare sight even in developing countries. In this time of change in automotive industry, a Japanese racing series known as MFG, created by a mysterious figure known only as Ryo Takahashi, is gaining popularity worldwide. The series is mainly dominated by foreign made AWD sports cars utilizing sequential transmissions and various high tech devices. The only domestic car making it into the top 10 is the Nissan GT-R NISMO driven by Shun Aiba. Shun is in love with one of the MFG cheerleaders called Number 7 (real name: Ren Saionji) and tries to impress her by winning a race, but completely fails in his attempts.
Advertisement:

During this time, a 19 year old Japanese-British racer called Kanata Livington comes to Japan for the first time in his life to look for his missing father. Kanata moves over to Ren's house for his stay and she quickly falls for him. To help find his father, Kanata decides to go race in the MFG under his father's surname. To do so, he uses an old Toyota GT86 belonging to a friend of Ren's father called Ogata and becomes fast friends with Shun. To everyone's surprise, Kanata proves to be a phenomenally skilled racer and rises to 15th place in his first race, despite his antiquated car and it soon turns out that Kanata is the pupil of none other than the famous Japanese rally driver, Takumi Fujiwara.

MF Ghost is the official sequel for the long running racing manga, Initial D, created by Shuuichi Shigeno. The first chapter of the manga was released in September 4th, 2017 on the Young Magazine.

At the end of December 2021, an anime adaptation by Felix Film was announced. It is scheduled to air sometime in 2023.