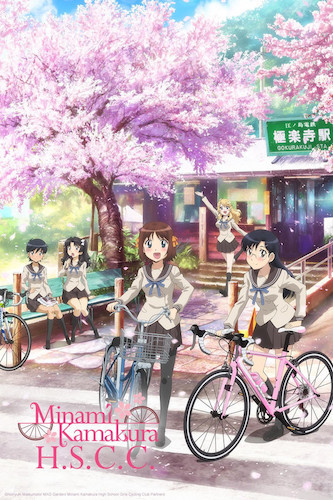 Minami Kamakura High School Girls Cycling Club is a Slice of Life manga drawn by Noriyuki Matsumoto, illustrator of the Bodacious Space Pirates novel series. The manga has been serialized since August 2011, and an anime adaptation produced by JC Staff and A.C.G.T. began airing in January 2017. The anime is also being simulcasted by Crunchyroll.

Hiromi Maiharu has recently moved to Kamakura, and in trying to ride a bicycle to her new school she meets fellow classmate Tomoe Akitsuki. They quickly become friends, and as they bond with new friends over bicycles, they eventually decide to form the Minami Kamakura High School Girls Bicycle Club. The series follows their peaceful friendships and the relaxing adventures they take with their bicycles.