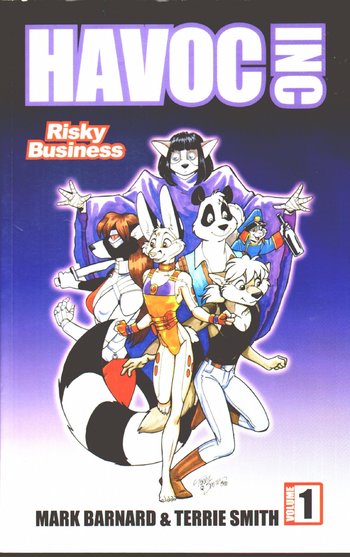 A comic book written by Mark Barnard and drawn by Terrie Smith about the owners of a small interstellar freight service, flamboyant ringtail cat Chester Magreer and his level-headed partner/lover Christophe Deck, as they deal with cyborg ex-girlfriends, demented space pirates, ineffectual cosmic ninjas, the hopping dead, a shape-changing and extremely lethal pseudo-Chester, masked wrestlers, and life in general.