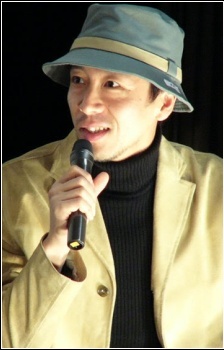 I do not wish to describe myself if possible...
Advertisement:

Kunihiko Yasui (安井邦彦, Yasui Kunihiko?) is a voice actor, born on December 12, 1960 in Nagoya, Aichi, Japan. Also, he graduated from Aichi Prefecture. He is employed by the talent agency 81 Produce. He is also asked by SNK to participate as a member of SNK's character image band, Band of Fighters, under the role of Iori Yagami.