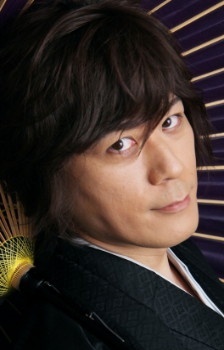 Describe Takanori Hoshino here...with all the condiments you have—or are you scared of me?

Takanori Hoshino is a voice actor who debuted in 2002. Among his most well known roles are Van from GUN×SWORD and Jack Atlas from Yu-Gi-Oh! 5D's.

There is only one king! And that is ME!
.... DAMN, THE ARTICLE'S GOOD!
Then you will die just like that!