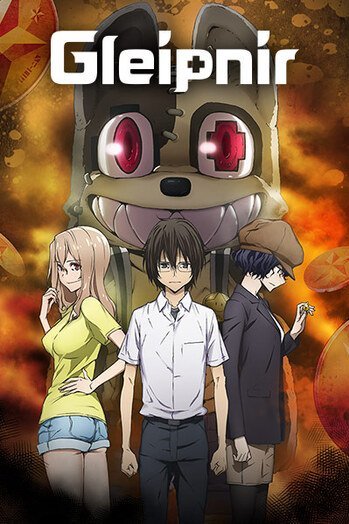 Gleipnir (グレイプニル) is an ongoing 2015 manga written and illustrated by Sun Takeda and published by Kodansha under its Young Magazine the 3rd imprint.

Shuichi Kagaya is an Ordinary High-School Student living in a small rural town...almost. For a reason unknown to him, he has the ability to transform into a cartoon dog mascot suit. He manages to keep this hidden until one fateful day where he discovers a girl named Clair Aoki trying to commit suicide through fire. In desperation, he saves her with this power, only to find himself dragged into something far greater...