Literature / The Well of Loneliness 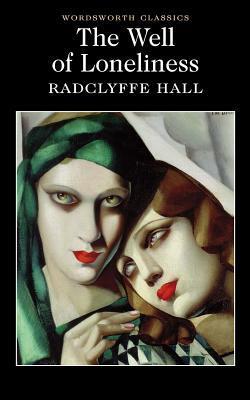 English author Radclyffe Hall's groundbreaking 1928 novel, the first piece of lesbian literature in the English language. Widely condemned on its release, and banned for decades in Britain on the grounds of "obscenity", the book is now recognised as a classic.

The story follows the Coming of Age of Stephen Mary Olivia Gertrude Gordon, who from an early age fails to conform to society's expectations of an upper-class Englishwoman, and gradually comes to realise that she is in fact an "invert". From the rolling hills of her countryside home to the literary society of London, from the salons of Gay Paree to the trenches of the First World War, Stephen struggles to find love and purpose in a world cruelly hostile to her "unnatural" desires.