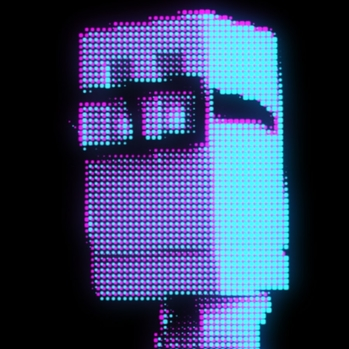 Folding Ideas is a YouTube media analysis show hosted and written by Dan Olson (aka Foldable Human). His style is relatively analytical among other internet reviewers, mostly observing works within their cultural context rather than from a fan's point of view. Dan formerly used 'Foldy,' a puppet talking box, to serve as the host of the show, but has since opted for his own appearance in later videos.
Advertisement:

. His videos were formerly hosted on his own website and the now defunct Chez Apocalypse.

When he is not working on his own material, Dan has frequently contributed to Lindsay Ellis' post-Nostalgia Chick work, including filming and co-writing several episodes. He also played a large role in managing H.Bomberguy's 101% charity stream, particularly with regards to the guests who appeared during the stream.