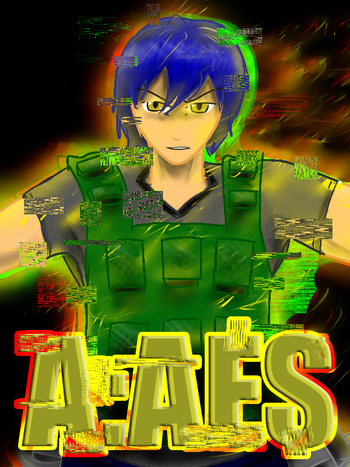 Heaven or hell, let's rock, motherfucker.
...their solution was not to make improvements to current generation ships, but instead to use the cheap, older-generations of ship technology - namely that of the Second World War - and condense it to the size of a human. In other words, their goal was to create a fleet of humanoid robots - or something like that - that had the firepower of World War II-era ship technology that would be incredibly cheap but still be able to wield significant battle power and augment the larger, more modern ships of the American fleet nicely as escort boats or naval support squadrons...the team eventually decided to name their new human ship after the World War II navy of Imperial Japan...the scientist told Damon that they had shipped one of their first products to Houston, Texas, to be transported to the Naval Weapons Station in Charleston, but as fate would have it, the nukes fell a few days after its arrival in the city. Apparently, it had been moved to the underground basement of the home of one of the American scientists as an extra safety precaution that it did not fall into the wrong hands, and it has sat there to this day, inactive.
— The Narrator, explaining the advent of the F.L.E.E.T. Project - Chapter 1: First Contact
Advertisement:

is a KanColle Alternate Universe Fic by Hieda no Akyuu

In an alternate universe, following the September 11th attacks, "The F.L.E.E.T. Project", or the FLeet Expansion and Enhancement Test, was initiated by a team of American engineers, codenamed "Constitution", who were contracted by the U.S. Navy to research and develop enhancements for the United States Navy. Specifically, how to condense WWII-era ship technology into the size of a human being. Essentially, making ship girls.

All was not well however. While many ship girls were successfully built, activated for initial testing, and prepped for transport to the States, most of them never reached their assigned naval yards before the outbreak of World War III in 2010 that saw the United States and Iran throw nukes at each other. With their developers forced into shelters for their own safety, it seemed as though the ship girls were doomed to fade to myth.

The year is now 2029, and the world is...not actually an okay place to live. Enter our hero, Damon Polchow. Born shortly after the war, he has basically seen all of what life had to offer After the End. He's hot on the trail of a possible ship girl, following a lead provided by a scientist who had worked on the F.L.E.E.T project, and eventually ending up in the scientist's former home in the suburbs of what used to be Houston, Texas. It is here that he encounters his first ship girl, Fubuki-class destroyer Murakumo. But what begins as a lofty yet simple goal of making a better world, by force if need be, quickly takes some unwanted turns when new complications and enemies, some less foreseeable than others, start to come out of the woodwork.

A Stealth Sequel to Naraku No Hana

by the same author, in which many of this fic's original characters (eg. Members of ST6) and organizations made their debut.

Warning: Ambience: A Fleet Symphony is fast-moving, with plenty of cliffhangers, twists, Wham Episodes and Lines. The very presence of certain names might constitute spoilers by themselves. Read on at your own risk; You Have Been Warned!

As of June 17th, 2016, this story surpassed The Subspace Emissary's Worlds Conquest in overall length at 4,514,141 words (roughly, slightly more than 5.5 times longer than the complete King James Bible), and was, at the time, the longest piece of fanfiction on Fanfiction.net, peaking at 4,556,264 words as of its most recent chapter (443, posted on April 16, 2019). However, it has since been surpassed by The Loud House: Revamped

Last updated in April 2019, with the author apparently having moved on to the greener pastures of other fic, and now seemingly Dead.