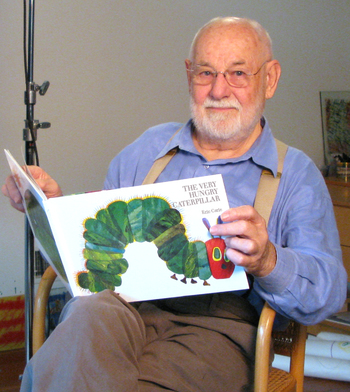 Eric Carle (June 25, 1929 - May 23, 2021) was an American author and illustrator born in Syracuse, New York. He was likely best known for his children's book The Very Hungry Caterpillar. During his career, he won numerous rewards such as the Laura Ingalls Wilder Medal.

Select Bibliography (written and illustrated by Carle unless otherwise indicated):