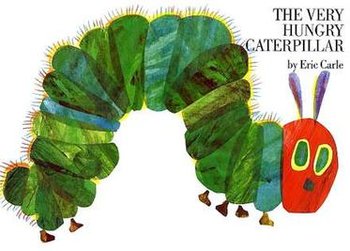 A children's picture book written by Eric Carle and first published in 1969. Since then it's been a staple of many childhoods and been translated into over 50 languages.

It tells the story of a caterpillar who eats his way through a great deal of food before ultimately becoming a butterfly.

A game based on the book called "The Very Hungry Caterpillar's ABCs" has been available on WiiWare since September 2011.

"That night he had a stomach ache!"

"That night he had a stomach ache!"