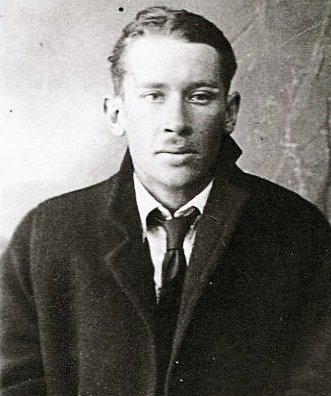 E. E. Cummings (Edward Estlin Cummings in full, October 14, 1894 – September 3, 1962) was an American poet (as well as a playwright, painter, novelist, and lecturer) best known for his use of unusual punctuation, capitalization and grammar in his poems (to the extent that many people could tell you what a Cummings poem looks like, but far fewer could talk confidently about what any of his poems are about). He was of the Modernist movement, but his distinct style and voice sets him out even among them.
Advertisement:

His name is sometimes rendered by others (including some of his publishers) as "e.e. cummings", in imitation of his style, but he himself preferred to punctuate his name the usual way. Also, it is a great deal more convenient for the wiki's purposes.

Pages on this wiki with page quotes by E. E. Cummings include: