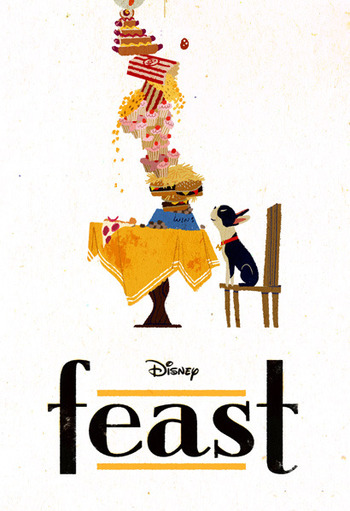 It tells the story of a stray Boston Terrier who gets taken in by an amiable junk-food junkie named James and given the name Winston, and follows their relationship (and the owner's relationship with a foodie waitress named Kirby) through the meals they share.

Feast makes use of the Meander digital animation software used in Disney's 2012 short Paperman that combines CGI characters and environments with hand-drawn textures, though this time, it's in full color.

Definitely not to be confused with the Feast splatter flicks.

This cartoon contains examples of the following tropes:

Example of:
From Stray to Pet