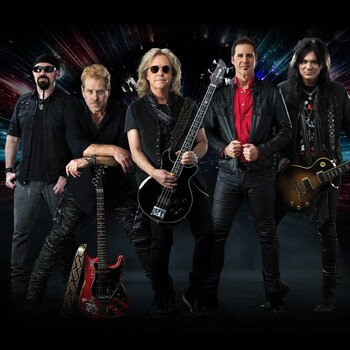 An American Hard Rock/Pop-Metal band from The '80s best known for the Power Ballad "Sister Christian", Night Ranger are lead by singer and bass guitarist Jack Blades and released several popular singles and albums. While their popularity abated in America after the end of the decade, they remain enormously popular in Japan.
Advertisement:

Outside of the Night Ranger, bandleader Jack Blades has been a member of the Supergroup Damn Yankees alongside guitarist Ted Nugent, Tommy Shaw of Styx and Michael Cartellone of Accept.