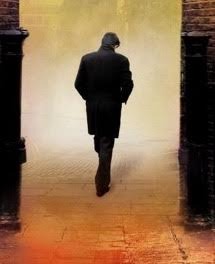 Cormoran Strike, as portrayed on the cover of The Silkworm.
Advertisement:

The Cormoran Strike Novels are a series of Crime Fiction books written by J. K. Rowling under the Moustache de Plume Robert Galbraith (though this time by choice rather than Executive Meddling).

The novels focus on two main characters. Cormoran Strike, a British veteran of the war in Afghanistan turned Hardboiled Detective with a missing leg, a massive debt, a messy break-up, and no clients; and Robin Ellacott, a young just-engaged woman whose temping agency has accidentally given Robin her dream job of working for a private eye — Cormoran. Robin quickly becomes his Hypercompetent Sidekick, and together, They Solve Crime.

There are currently six books in the series:

The first four books in the series have been adapted into a BBC miniseries called Strike.