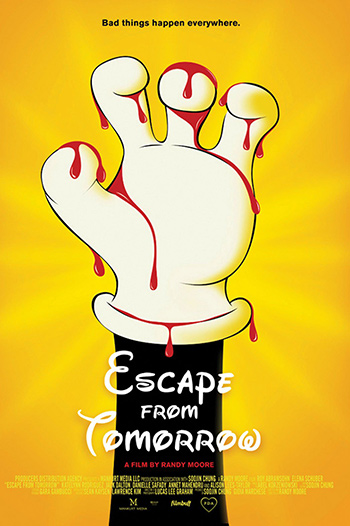 A 2013 guerrilla horror film shot incognito in Disneyland and Disney World, Escape from Tomorrow follows disgruntled father of two, Jim White, as he navigates his family vacation in the wake of being fired from his job, all while the theme park he and his family are vacationing at becomes more ghoulish and strange.

Contrast with The Further Adventures of Walt's Frozen Head.