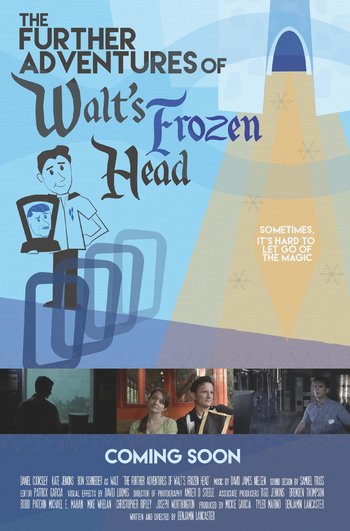 Sometimes, it's hard to let go of the magic.
Advertisement:

A 2018 guerilla science-fiction comedy shot incognito at the Magic Kingdom at Walt Disney World, the Further Adventures of Walt's Frozen Head explores the age-old Urban Legend of Walt Disney being cryogenically preserved deep within the park's Utilidors. Every year, Walt (played by original Dreamfinder actor Ron Schneider) is defrosted to see status reports on his company and approve various projects. However, he has never actually seen what became of his Florida Project and after his request is denied by the executives, he recruits a low-level employee named Peter to take him to the surface and sneak him into the Magic Kingdom.

Contrast with Escape from Tomorrow.