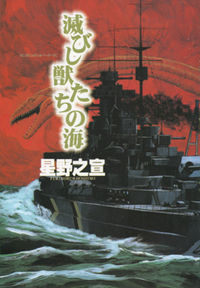 Horobishi Kemonotachi no Umi (滅びし獣たちの海 — The Sea of Fallen Beasts)) is a collection of short stories, written and illustrated by Yukinobu Hoshino, more often than not relating to the seas.