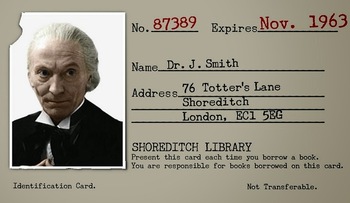 The stereotypical anonymous name, usually "John Smith" (or "Jane Smith" for women). Other examples include "John Doe/Jane Doe/Richard Roe" (used in legal documents about a person whose name is unknown, or is being concealed, and in American hospitals for unknown dead people or comatose patients) or common names like "Johnson" or "Jones". The equivalent in Japanese works is "Tarō Yamada" for men and "Hanako Yamada" for women.

The success of this trope is supposed to work due to just how common it is. If you take a name like "Xavier", people will recognize you. "John Smith" is just so average that you're forgettable, and even if they do recall you, it will be nearly impossible to track down. Subversions can occur with people either recognizing that it's way too common, or a person might try the alias in a time or place where it isn't actually common.

Note: This trope only refers to someone using an obvious pseudonym — not someone whose name just happens to be Smith, as in the title character of Mr. Smith Goes to Washington.

The Men in Black, The Spook or The Nondescript are likely to do this, as is the Operator from India. See also Smithical Marriage (when an unmarried couple uses the Mr and Mrs Smith alias as a Paper-Thin Disguise) and The Nameless. May involve a Stock Foreign Name.