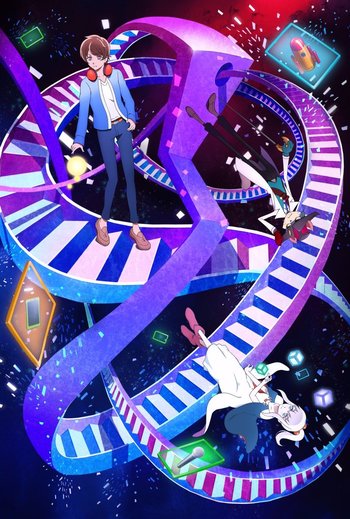 And you thought your dreams were weird.
Advertisement:

Haruto Tsukishiro's life is changed forever when he enters a mysterious Dream Land dominated by powerful magical entities called "Witches". To survive, he gets the assistance of research professor Katsumi Kanzaki and a mysterious white-haired girl called "Lily." With their help, Haruto must outsmart the witches and find a way to return to the real world.

18if contains examples of: