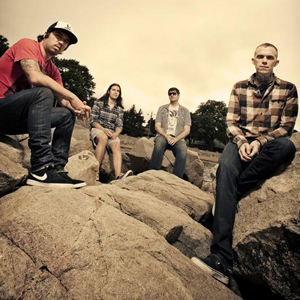 Influences:
Related Acts:
Converge is a
Advertisement:
Metalcore band formed in 1990 in Salem, Massachusetts, which has released nine studio albums to date. Considered to be a founding father of the genre, the band helped define many facets of metallic hardcore for many bands to come.

They are well-known for their early and distinctive blend of extreme metal, hardcore punk and noise rock, coupled with the various vocal stylings of Jacob Bannon. As such they have a very distinctive style, albeit one very abrasive and possibly unpleasant to first-time listeners. Despite this, Converge has won a large fanbase and critical acclaim, with Sputnikmusic calling their 2001 album Jane Doe the best album of the 2000s.

The band currently consists of:

You fail me with every fatal trope: