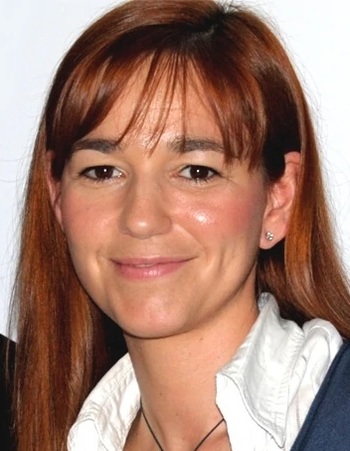 Nuria Trifol Segarra is a Spanish voice actress. Daughter to Spanish dubbing pioneer Alberto Trifol and sister to Albert Trifol Segarra, she could be called the princess of the Spanish animation: she was down into the business from her childhood, became a name while still relatively young, and soon developed into one of the lead voices of the anime scene of The '90s, piling up an impressive resume of roles. Despite not being a specially flexible actress (her field of characters is almost always around The Chick or the Girly Girl), Trifol is sought after for her charming charisma, solid conviction and terrific acting.

She is the standard Spanish voice actor of Natalie Portman, Keira Knightley and Anne Hathaway, and has been quite consistent on it.

Tropes that apply to Nuria Trifol: