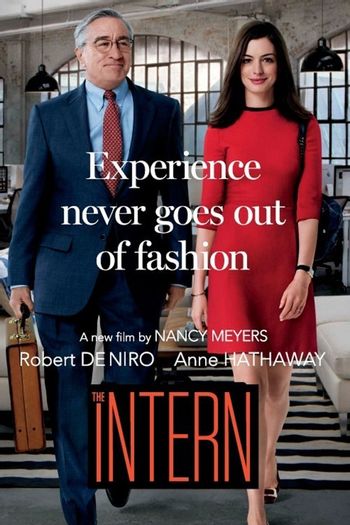 A 2015 comedy/drama film starring Robert De Niro and Anne Hathaway, directed by Nancy Meyers. Ben Whitaker (DeNiro) is a Cool Old Guy who is widowed and bored with retirement, so he answers an ad for a "senior intern" at a booming startup online company created and run by Jules Ostin (Hathaway).
Advertisement:

The film explores the clash of technology and modern culture with old school moxie.

The Intern contains examples of: