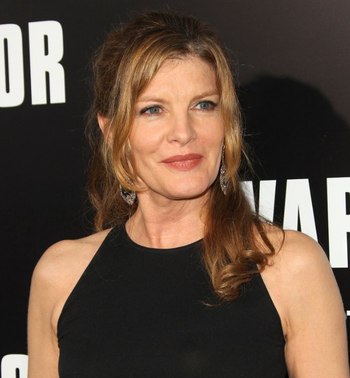 "I always try to find some part of a character that exists in me and plug that in."
Advertisement:

Her modeling career began in 1972 and appeared on magazine covers for Vogue, Mademoiselle, and Cosmopolitan throughout the 1970s and early 1980s, though demand for her in this capacity began to dwindle as she entered her thirties. Not one to be discouraged, she studied theater and acting, making her television debut in 1987 with a supporting role in the series Sable, followed by her feature film debut in Major League.

Since then, she has enjoyed a fruitful career across films ranging from romantic comedies to thrillers, and even played the mother of a superhero twice.