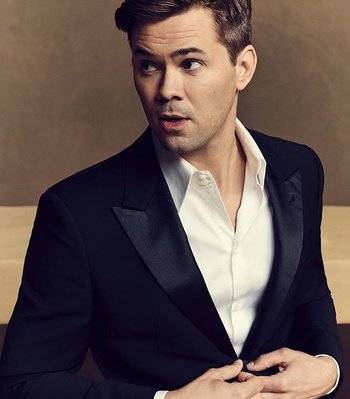 He got his start as a voice actor, primarily on animated shows created by 4Kids Entertainment and DiC, voicing Archie Andrews in Archie's Weird Mysteries, Len Tao in Shaman King and Connor in Cubix: Robots for Everyone. He has also done voice acting for Harley in the Pokémon anime and portrayed James in the stage show Pokémon Live!.

Rannells also has a storied career performing in Broadway musicals; in 2006, he played Link Larkin in Hairspray. He also played Bob Gaudio in the First National Tour of Jersey Boys (the "Sherry Cast"). His last performance as Bob Gaudio with the Sherry tour was on December 6, 2008 in Toronto, but he went on to reprise the role in the Broadway company. He began his run January 13, 2009 replacing Sebastian Arcelus and left the show on July 12, 2009.

His Star-Making Role in the theatre world was Elder Price in The Book of Mormon, a 2011 Broadway musical written by Trey Parker and Matt Stone, the creators of South Park, and Robert Lopez, one of the composers for Avenue Q. The role garnered Rannells a Tony nomination for Best Leading Actor in a Musical.

In September 2014, he played the title role in Hedwig and the Angry Inch on Broadway, taking over after Neil Patrick Harris left the show. In 2015, he also briefly took over the role of King George in Hamilton after Jonathan Groff left the show.

In 2017, he was nominated for a Tony for Best Featured Actor in a Musical for playing Whizzer in Falsettos, losing to his Vitriolic Best Bud Gavin Creel from Hello, Dolly!.

Despite his busy stage career, he hasn't left his voice acting career behind, as he has continued to provide voice-overs for commercials and audio books, as well as appearing in animated series such as Sofia the First and Central Park.

He is openly gay and came out when he was eighteen. Since 2019, he's been in a relationship with the actor Tuc Watkins.