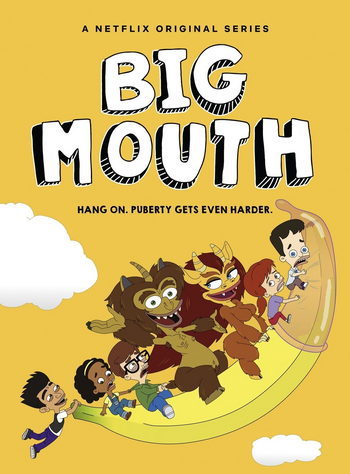 ♫I'm going through changes.♫
"Everything is embarrassing!"
— Nick Birch
Advertisement:

The show follows best friends Nick and Andrew, as well as their close-knit group of friends at their middle school, as they go through puberty together. Along the way, they're "helped" by two hormone monsters, Maurice and Connie, who guide them through their sexual awakenings.