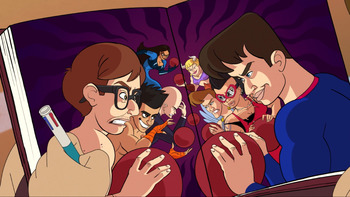 What's really remarkable is how Caleb rendered an entire splash page using only a 4-colored pen.