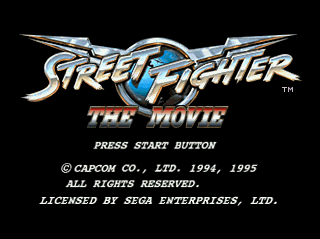 Otherwise known as Street Fighter: The Movie: The Game.
Advertisement:

Because this is an uncreative and predictable method of naming something, it's a good sign that the adaptation is a cheap tie-in product knocked out to ride the coattails of a more popular work (this is especially true of things adapted into video games). This is not necessarily true, however, and just as frequently the system is simply used as a way to disambiguate different works in a franchise.

This is a fluid trope. Sometimes, if an adaptation becomes more popular than the original work, it'll drop the subtitle, while in other cases, if a new adaptation is produced, a show that didn't originally have a subtitle will have one added on. Many times, these are even added on by fans.

Colon Cancer is a frequent result of this trope, especially if an adaptation of an adaptation is made. Take, for example, this gem: Star Trek: The Next Generation: The Manga.

open/close all folders
The Animated Series/The Animation
The Coaster
The Comic Book/The Manga
The Game/The Video Game/The Board Game/Other-Titles-In-The-Vein-Of-The-Game
The Movie and similar
The Musical and similar
Most musical adaptions fit either this trope or Excited Show Title!.
The Next Generation (and similar names)
The Pinball
The Ride
The Series
Other
Parodies