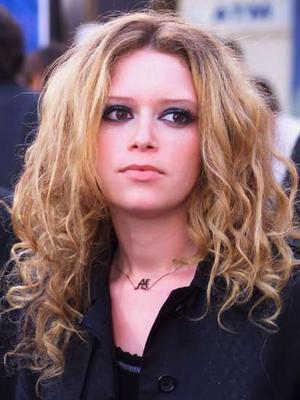 Natasha Lyonne (born April 4, 1979 in New York City, New York) is an American actor best known for such movies as American Pie, Slums of Beverly Hills, But I'm a Cheerleader, and Party Monster.

In television, she's known for playing Nicky Nichols, recovering addict and charismatic lesbian, in Orange Is the New Black. She also plays Smoky Quartz in Steven Universe, where she holds the distinction of being the only actor for a Fusion character who's not a singer. She also plays leading character Gaz on Ballmastrz: 9009. Since 2019, she's starred in Russian Doll, a Netflix original Lyonne also writes for, executive produces and co-created.