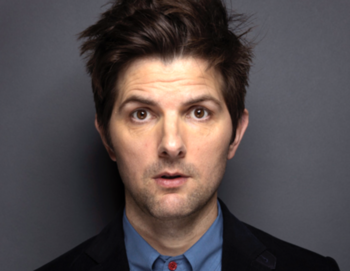 Adam Paul Scott (born April 3, 1973 in Santa Cruz, California) is a native Californian entertainer best known for his role as Ben Wyatt in Parks and Recreation. He has a good number of big screen credits such as supporting roles in films like Step Brothers and The Secret Life of Walter Mitty, and he's starred in a few smaller-budgeted off-beat comedies like A.C.O.D., which also serves as one of his few producing endeavors.