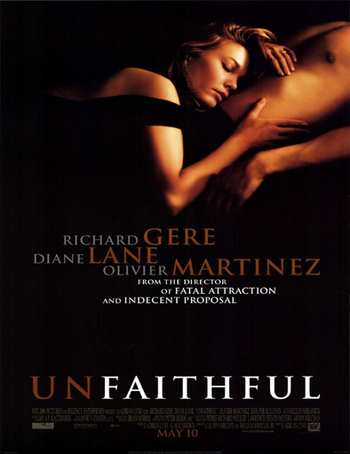 Unfaithful is a 2002 American thriller drama film directed by Adrian Lyne and starring Richard Gere, Diane Lane, and Olivier Martinez. It was adapted from the French film The Unfaithful Wife (La Femme infidèle, 1968) by Claude Chabrol. It tells about a couple living in suburban New York City whose marriage goes dangerously awry when the wife indulges in an adulterous affair with a stranger she encounters by chance.