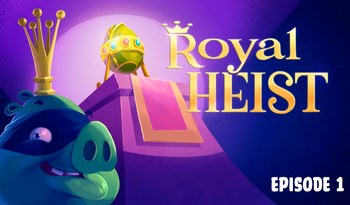 A work that is not normally about theft or heists parodies or pays homage to The Caper genre for an installment. Usually, the characters have to steal something — the goal can be anything from a high-stakes Bank Robbery to their hated rival's secret apple pie recipe. In order to accomplish this they organize themselves into a Caper Crew and concoct A Simple Plan to sneak into a location and steal the target. Hijinks eventually ensue when the plan falls apart. References to well-known heist works like Ocean's Eleven will usually abound. Insofar as it might seem out-of-character (or just not usual for the show's genre) for the characters to pull off a caper, expect as much Caper Rationalization as it takes to justify the situation.

Subtrope of The Caper and Episodes. Compare Noir Episode, which is another Out-of-Genre Experience that involves crime, but is usually darker. Compare and contrast Mystery Episode.