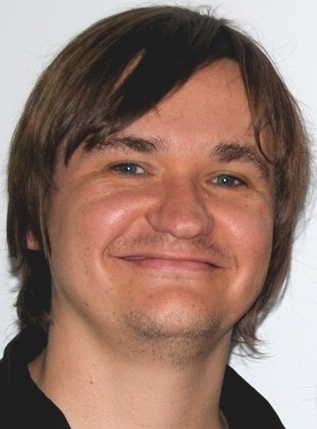 Albert Trifol Segarra is a Spanish voice actor and dubbing director. Son to the legendary Albert Trifol and Mercé Segarra and brother to Nuria Trifol, Albert started dubbing and doing advertising at only 10 years old, and held an Atril de Oro award as just a teenager. His first works were in The '90s's anime scene, which made him famous through his greatest role, Shinji Ikari from Neon Genesis Evangelion. It cemented his specialization in voicing young, shy male characters, although he is able to cover also regular teens and boys with personality. Though he is still a who is who in the Barcelona-based anime scene, he is a veteran in films and live action TV as well.

As a matter of fact, he was the Spaniard voice actor of Leonardo DiCaprio in his pre-Titanic days. Also, he (along with Carlos Lladó) is the usual voice for Kappei Yamaguchi.

Along with his tasks as voice actor, he has directed a bunch of dubs, including the acclaimed but ultimately interrupted dub of Bleach.