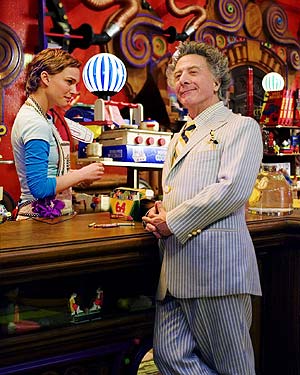 Mr. Magorium's Wonder Emporium is a children's movie released on November 16, 2007. The film is about Edward Magorium (Dustin Hoffman), who is over 200 years old and owns the remarkable toy store of the title. Molly Mahoney (Natalie Portman) is the manager of the store. The time comes for Mr. Magorium to "go", so he hires an accountant named Henry (Jason Bateman) to go over the store's finances and transfer ownership of the building into Molly's name. Meanwhile, he gives Molly a block of mysterious wood called the Congreve Cube. Molly tries to convince Mr. Magorium to stay in his magical toy store instead of "going."